Charting his own course in hospitality sales

Charting his own course in hospitality sales

At only 28-years-old, Munkhjargal Mungunshagai has already developed his own boutique lodgings and worked as a sales director at a five-star hotel

The Cesar Ritz Colleges Switzerland (CRCS) alumnus is a charismatic sales and marketing wizard who is currently working as a sales manager at Shangri-La Hotel Ulaanbaatar. Before this role, he was the sales director of Ramada Hotel Ulaanbaatar. If these achievements are not enough, the ambitious man recently developed his own independent hotel and sold it off to investors. After running it for a year, he decided to return to a sales role to further develop his skills. His plan is to get overseas experience so that in the future, he’d be able to establish his own chain of four-star hotels.

Tell us more about the hotel you developed. What gave you the idea to build it?

Before I started developing the three-star hotel, I was the sales director at Ramada Hotel Ulaanbaatar. Then, I thought it was perhaps time to start my own hotel. The idea came because I wanted to challenge myself.

I already had the figures in my head and my plan was to turn a kindergarten building into a boutique-style hotel.

It was a leased building, but I was able to do construction work on it. It has 25 rooms with restaurants, a billiard room and a sauna. I ran it for one year, but it was a lot of work. I was doing everything, from overseeing housekeeping to working at the front office. I was essentially doing operations from early in the morning to 11 pm every night. As someone who had just become a father, this arrangement was becoming highly stressful for me. So after one year, I decided to look for investors to buy the hotel so that I can go back to work for a chain hotel in sales.

Why did you choose a career in hospitality?

It was actually my father’s suggestion. He used to be an inflight engineer and travelled all over the world. My father knew quite early on that I was not destined to be an engineer like him! Knowing my personality, he suggested that Switzerland would be the best place for me to study in. In fact, I was the first Mongolian student to study in Switzerland.

Have you always planned to go into sales and marketing?

Initially, I was more keen on marketing. But I realised my core strengths was in sales. When I returned to Mongolia after graduating from CRCS, I worked at a newly incorporated airline called Hunnu Air, where I was in charge of international sales. I worked on creating a loyalty programme for the airline. In 2015, I found out that Shangri-La was opening a hotel in Ulaanbaatar so I decided to join the hotel as a pre-opening sales executive. Following that, I moved on to Ramada Hotel Ulaanbaatar as sales manager and was eventually promoted to sales director. While there, I was fortunate to serve the Crown Prince of Dubai, President of Germany, Prime Minister of Korea and many more during the Asia–Europe Meeting held in 2016. 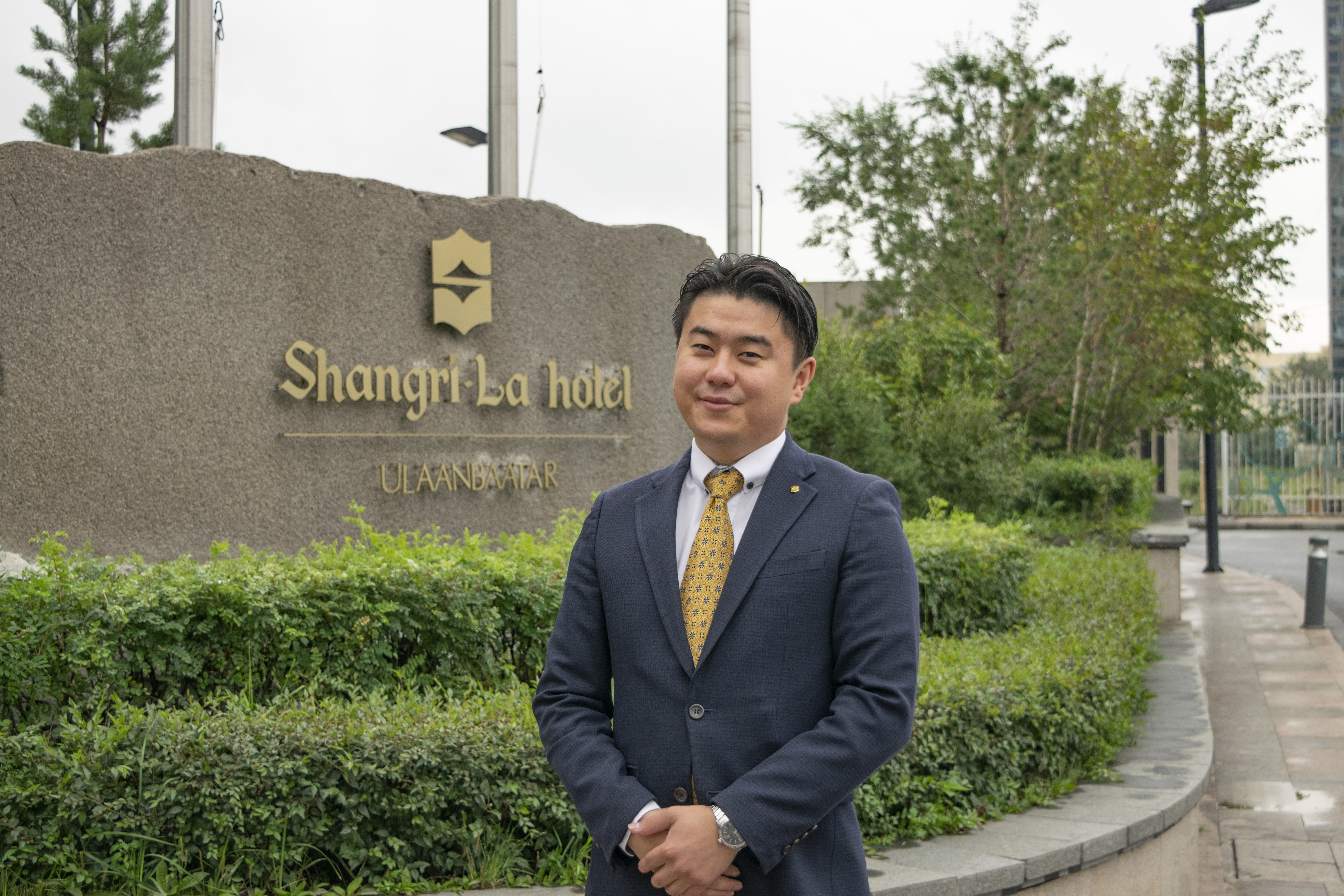 Can you tell us about your responsibilities as a sales and marketing manager at Shangri-La Ulaanbaatar?

The accounts I handle are crucial for the growth of the Mongolian economy as more people are visiting Mongolia in recent years and these corporate accounts have had a positive effect on the economy.

My work is all about numbers so time management is very important. To be good in sales, you need to know the entire business cycle but it also gives me the freedom to do things how I want to in order to achieve my targets. not really freedom but in sales, you have to manage everything yourself.

To succeed in sales you need to have strong communication skills and to be able to trust your gut and make decisions on the spot. It’s also about managing people and I really enjoy that part of my job.

What is your five-year plan? Do you intend to stay in Mongolia? Any plans to develop more hotels?

I would like to stay in sales and marketing. Currently, Shangri-La has very aggressive plans for growth and the brand has over 100 properties worldwide, with a plan to open 200 in the next five years. Moving forward, I would like to join the development team to identify new countries and cities to build hotels in. I’d like to get more experience in the industry, perhaps go overseas and experience more.

My end goal is to become a hotel owner and develop my own chain of hotels.

What does it take for someone to be successful in sales and marketing?

In any job, being humble and listening to others is important to succeed. It’s also important to be able to read people and to understand what he or she wants so that you can deliver according to expectations. I think it’s also a good habit to keep up to date with the news and current affairs, as it may affect the hotel’s business. From there you’d be able to build successful strategies for your business’ growth. 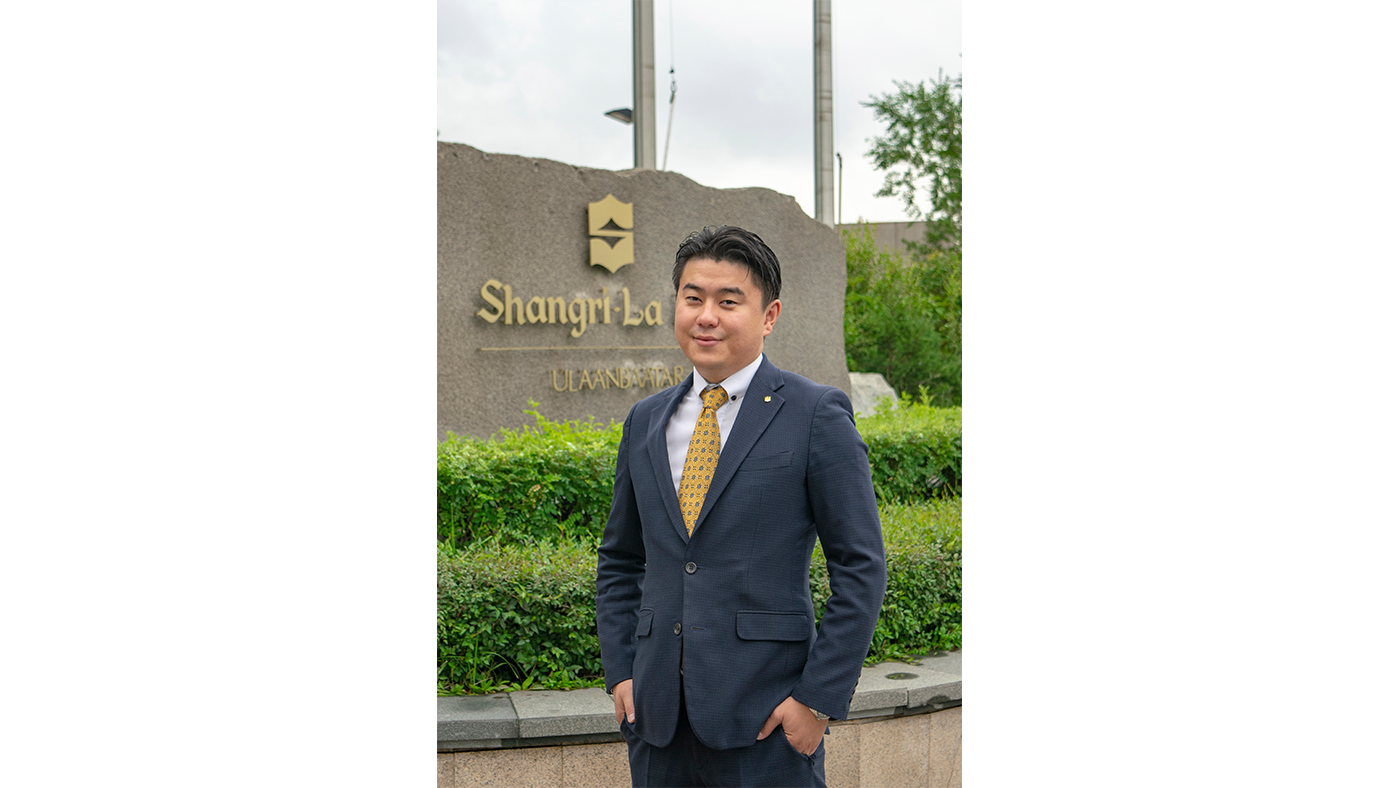